The Resurreccion's ancestral mansion is believed to have a portal to the other world. Every quarter of a century, it must be opened by a chosen member of the clan, known as "The One", to enable stranded ghosts to cross over to the afterlife. With no surviving clan member opening the portal in the past 100 years, ghosts have overcrowded the now-abandoned mansion. Hesus Resurreccion is about to find out that he is The One but he is afraid of ghosts. When he inherits the mansion, he wants to sell it immediately but it isn't that easy since people believe the mansion is haunted. He totally freaks out when he learns that the people he sees in the mansion are all ghosts. Hesus has no choice but to fulfill his mission as The One. As he spends more time with the ghosts, he realizes that they are not scary at all and even enjoys their company. In the end Hesus got the key and opened the portal 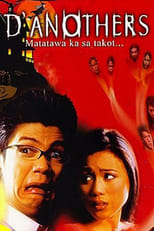