In the 1840's Mexico has ceded California to the United States, making life nearly impossible for the Mexican population due to the influx of land and gold-crazy Americans. Farmer Joaquin Murrieta revenges the death of his wife against the four Americans who killed her and is branded an outlaw. The reward for his capture is increased as he subsequently kills the men who brutally murder his brother. Joining with bandit Three Fingered Jack, Murrieta raises an army of disaffected Mexicans and goes on a rampage against the Americans, finally forcing his erstwhile friend, Bill Warren, to lead a posse against him. 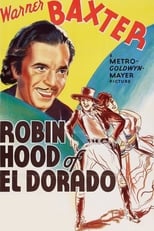